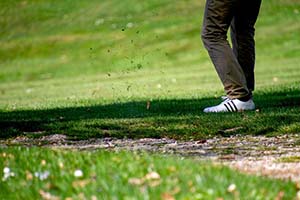 We have client who often come to us saying “If I Could Only Get My Lower Body to cooperate with my Upper Body!” or even more often, “I need to stop playing like poop!”

I could say right here and now that you shall manage to accomplish that feat but, it is the wrong goal or challenge … in the wrong time and place or sequence!

In any ‘Stage 3 Procedure’ (involving both Wrist Cock and Pivot), it is the ‘Pivot or Spinal Engine’ (Lower Body Machine) that governs or controls the ‘Lever Assemblies’ (Upper Body Machine). If one inserts more ‘Forward Inclination’ (more knee flex and body leaning towards the ‘Target Line) as well as more ‘Aft Tilt’, whereby the Upper Body is tilted away from the Target, the ‘Clubhead Path and Swing Plane’ is directly altered. 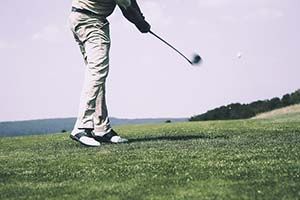 How might one recognize ‘Real Passion’? When the wind is up and it is chilly or downright cold and your Lazy Boy is reclined and feeling ‘comfy’, you still get up and go to the golf course to practise precise shots for an hour! Core desire may even get you out the door half an hour early?

You do not lose or wear out ‘Real Passion’. This gift is a renewable human resource. It shall prevail over any and all adversities! Nurture ‘IT’ every day!

If you learn and believe in your knowledge, talent and experience, you can stumble and even fall with a quick and efficient recovery!

Firstly, all golf strokes. ‘Putting to Driving’, are ‘Back & Up’ followed by ‘Down & Out’. When we involve this ‘Vertical Movement’, we activate muscles, big and or small, ‘Slow or Twitch’.

This ‘Vertical Movement’ has its inception and conclusion in ‘Newtonian Gravity’. Even in the smallest of ‘Putting or Chipping Strokes Procedures’ there is the predominant effect of ‘Gravity’. We tend to oppose or overcome ‘IT’ on the ‘Back & Up’ (Back Swing) and should sensibly utilize it in the ‘Down & Out’. (Front Swing)

It is the ‘555 Team’ opinion that ‘Gravity’ predictably starts every golf swing procedure. We often discuss the fact that a golfer might tend to ‘Slam on the Brakes’ at the ‘Top Of Back Swing’ (TOB – Transition) and then ‘Step on the Gas’ in the DOFT (Down Out Forward & Through) aspect or Front Swing’. (see ‘Spastic & Jerky’)(see ‘Instability’) 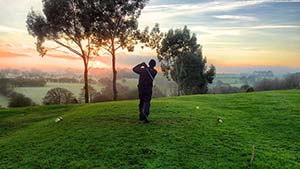 If you have ‘An 18 Hole Goal’ and are struggling to achieve it, perhaps you might approach that challenge from a slightly different ‘Angle Of Attack’?

Are there incremental ways of doing or reaching your goals? “YES!” 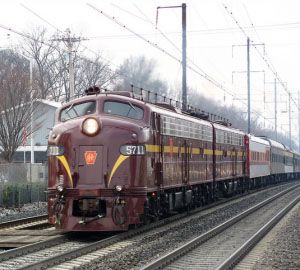 Here's a 'today' Yule story that occurred a month ago – and now, in time for the holidays, I bring you the best Christmas story you “never” heard.

It started last Christmas, when Bennett and Vivian Levin were overwhelmed by sadness while listening to radio reports of injured American troops. "We have to let them know we care," Vivian told Bennett.

So they organized a trip to bring soldiers from Walter Reed Army Medical Center and Bethesda Naval Hospital to the annual Army-Navy football game in Philly, on December 3, 2019.

The cool part is, they created their own train line to do it. Yes, there are people in this country who actually own real trains and Bennett Levin, a native Philly guy and a self-made millionaire is one of them.

He has three luxury rail cars. Think mahogany paneling, plush seating and white-linen dining areas. He also has two locomotives, which he stores at his Juniata Park train yard. One car, the elegant Pennsylvania, carried John F. Kennedy to the Army-Navy game in 1961 and '62. Later, it carried his brother Bobby's body to D.C. for burial. "That's a lot of history for one car," says Bennett. 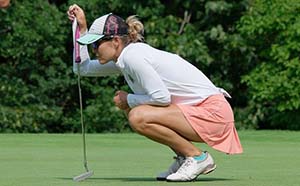 This is simply how the ‘World Works’ … by “Cause & Effect”. What happened? What made it happen? This is very much the ‘What?’ and the ‘Why?’ of golf.

What are the ‘5 Impact Points’ on any ‘Golf Clubface’? 1) Heel, 2) Toe, 3) Fat, 4) Thin, and 5) Sweet Spot. Pretty simple! We, unfortunately, can find ourselves hitting our golf balls off each one of these ‘Impact Points’ in a random distribution. Kind of a nasty global problem?

These ‘5 Impact Possibilities’ are ‘Effects’. They are really mechanical or motion observations. Just facts that tend to gather or create ‘Emotions’! Try not to get emotional about your golf! Easier said than done! I get it! 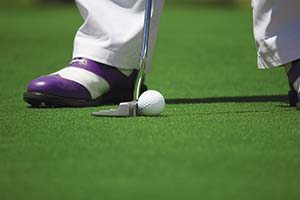 Impact Fix is not just a little ‘Love Tap’ in the middle of your chest and hips … butt of Grip pointing at your ‘Belly Button’. It happens in front of that mid and ‘Neutral Location’. 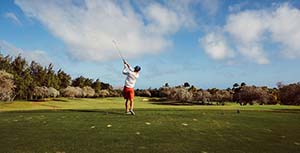 This reality demands precise ‘Impact & Separation Conditions such as ‘Compression and Line Of Compression’. Another key element is profound ‘Trust’ and no ‘Anger’.

The Spin Rates, both X axis (North South Polar which provides ‘Horizontal Activity – Curvature’) and Y Axis (Equatorial which provides ‘Vertical or Under Spin Activity’) must be appropriate for a successful ‘Trajectory or Parabola’. (see ‘1800 to 2200 RPM’) 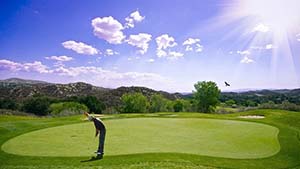 No! I do not mean a ‘Tax Free or Charity Foundation’, but how we can survive making multiple golf strikes and have FUN being good and repetitive at this athletic sporting event. If we can make one great swing, we should be able to make two and many more in comfort and without common soreness or discomfort? (see Soft Tissue Injury – STI)

What is the foundation? Simple question with a simple answer! It is the ‘Pivot Engine’ that rules supreme and upon which our predictable success shall be built. We must learn this first!

Questions are a direct and efficient method of learning and having more ‘Green Grass FUN’.

We all have the occasional ‘Quiet Moment’ in our days when we ponder a golf question. If they were not relevant and important, they would not be floating around in our conscious or subconscious minds.

Ignoring our quest for knowledge is a poor process. Where might we present and address such questions? It is best accomplished via recognized and respected ‘Golf Authorities’. There is a good supply of these professionals world-wide.